As much as designers like to solve problems, framing and defining them is just as important though it can be challenging to know where to start. When projects are assigned by instructors or outlined in client briefs they sometimes look like they’re made of vapor instead of bricks and mortar. This is especially the case when designers and researchers take on complex, under-addressed problems and emerging social issues. These types of problems can be called “wicked problems,” a term coined by Horst Rittel in 1973. Rittel, H. W. J. and Melvin M. Webber. “Dilemmas in a General Theory of Planning.” Policy Sciences 4 (1973): 155–69. The messy nature of these kinds of problems stands as a reminder that designing is problem making as much as it is problem-solving.

But where does one begin when the starting place is so wide open its landscape looks like Monument Valley? From my experience starting research, teaching, and professional design projects, one of the most effective places to start is with a hunch.

The Hunch as a Starting Point

Hunches are those gut feelings that are a blend of knowledge and intuition (heavy on intuition). A person can have a hunch about something like: “I think people in our apartment building would really enjoy it if we planned an Independence Day Party.” This hunch could be based on observations like the fact that one’s apartment dweller neighbors fly flags often, that they throw parties regularly, that they are friendly to each other in the building, and that there’s no scheduled Independence Day Party. These could all add up to a hunch that the project of creating a party would likely be a worthy endeavor. The glorious part of a hunch is that it’s small enough to come up with quickly but big enough to ignite a full-on project.

Even the word “hunch” sounds unpretentious, seemingly inviting anyone to have them regardless of how many plaques they have on their wall (or if they have walls at all). That’s where I believe the word “hypothesis” can actually impede the act of starting a project. Yes, “hunch” and “hypothesis” could be used somewhat interchangeably as both are embodied by statements that sound something like, “I think that (blank) is real.” But “hypothesis” feels like you have to get dressed up to make one. Steeped in the scientific process, it’s easy to think that in order to have a hypothesis you have to wear a lab coat or must-have patches on the elbows of your jacket (full disclosure: I know no one who does this). But hunches are so laid-back that they’re accessible to anyone and they can happen while wearing flannel pajamas or an old pair of jeans. Their simple nature makes them more likely to be brainstormed quickly because they avoid feeling like they must be thoroughly researched in order to be valid, like hypotheses. As a result, the process of coming up with hunches can quickly render many different problem directions, all based on some sort of evidence.

I have found that the laid-back nature of hunches makes them especially valuable when defining complex problems that can affect broad groups of people. If you have a hunch, it means you’re looking at a problem that isn’t yet solved (as far as you know). After all, if the problem were already solved, you’d have an answer instead of a hunch. Going through the exercise of listing a bunch of hunches at the first stage of problem-solving is valuable because this process: 1) prevents you from trying to solve the problem right now 2) keeps you from looking at something that has already been solved and/or 3) discourages you examining a problem that isn’t all that interesting or complex. When you come up with a hunch, you’re still left with questions and you aren’t sure if your hunch is true. But at least you know that you aren’t solving something that already has a clear answer. This process of “hunching” will often help you determine if the problem you’re looking at is complex enough to require more research or if it’s so simple that it doesn’t sound compelling.

Coming up with hunches leans on personal experiences but it can also be driven by hearing stories from others or keeping up with the news. For instance, hunches may be as simple as:

Each of these hunches is a small observation that is extended by an inference. Simply, a hunch can be broken down into:

Bravo. Regardless of if you are wearing a lab coat or pajamas, you just had a hunch. The important part of the power of the hunch is that it does not stop at being a hunch. The next step involves testing the hunch through deeper research so you can find out what’s really going on. But first, hunch away—there’ll be time enough for countin’ when the dealing’s done.

Under the Hood of Hunches

This process of using a hunch as a starting point for framing problems is really just another way to capture the act of abductive reasoning. This is reasoning that starts with an observation then moves to a hypothesis, instead of the “top-down” or “bottom-up” approaches of inductive and deductive reasoning. There’s a fine write-up on the different forms of reasoning at Wikipedia if you’d like to dig deeper. The value of abductive reasoning for problem-solving was nicely captured by Jon Kolko, who proposes that:

Unlike deduction or induction, abduction allows for the creation of new knowledge and insight.

Kolko, Jon. Exposing the Magic of Design: A Practitioner’s Guide to the Methods and Theory of Synthesis. New York: Oxford University Press, 2011. 24. In this statement, Kolko is getting at the fact that abductive reasoning (hunches) prompts poking around to find new combinations of circumstances and their causes. When we run my hunches above through the “new knowledge and insights filter” they could inspire findings and solutions like:

First off, I have to make sure you know that I came up with these solutions while sitting at my kitchen table drinking coffee so they are not grounded in any kind of research. But they are examples of how abductive reasoning’s power is that it starts with (incomplete) information and points the reasoner to go find out if that information is true and why its true. Then the next logical step for problem solvers is to solve based on what they found.

Hunches are great for defining parts of complex, “wicked” problems, but don’t forget, these problems can’t really be “solved.”As problem solvers, we only hope to impact these problems in a positive way with “solutions” because based on the nature of “wicked” problems, once a “solution” is implemented, the problem can often change into an entirely different problem (see wicked problems, above). This is where the importance of research and participation becomes clear.

Designers solve problems that require the knowledge of facts so solutions are contextually situated. In other words, designers have to carefully consider the environments (physical, ideological, cultural) their solutions will inhabit because these environments inform the shape of the solutions themselves. This requires research on the surface, above, and below the problem. When writing about the challenges of addressing complex problems, Tim Hartford presented it this way:

…most real-world problems are more complex than we think. They have a human dimension, a local dimension, and are likely to change as circumstances change.

Hartford, Tim. Adapt: Why Success Always Starts With Failure. New York: Farrar, Straus and Giroux, 2011. 25. That “human dimension” Hartford mentioned is where participatory design enters the room as an important component of complex problem solution generation. Participatory design (or co-creative design, co-design, cooperative design) engages stakeholders as active participants in the process of solution generation. This approach challenges designers to be facilitators for problem-solving instead of “let me do it for you because I know best” creatives. Sanders, Elizabeth B.-N. “From User-Centered to Participatory Design Approaches,” In Design and the Social Sciences, edited by Jorge Frascara, London: Taylor & Francis Books Limited, 2002. Read a PDF of this article, hosted at maketools.com.If the types of problems hunches work best to define contain a human dimension that causes them to be especially shifty, then it stands to reason that designers would be well served to involve those humans in generating solutions.

Get Started Getting Started

Hunches are the products of curious people and I’ve found that researchers and designers are particularly curious (both in the “I want to know more” way as well as the “you’re kinda kooky” way). This curious nature means that both researchers and designers should be awesome at coming up with problems to inspect and solve, but the wide-open freedom of being unleashed can cause even the best to freeze up. So, the first step is to think through what interests you. Identify your curiosities and ask yourself “why do I think this happens?” Then stop there and write it down. Don’t worry about writing perfectly formed sentences and don’t try to solve it right away. Just start with a simple, unpretentious hunch and then sort things out later when you test your hunches for their validity.

Identifying hunches may feel like you’re letting curiosity take the wheel to go wherever it likes, but it’s an effective way of discovering and framing problems. I’ve found that starting with hunches has helped me identify things to inspect in my own research endeavors and I have a hunch you’ll get better at identifying problems to address the more you practice. 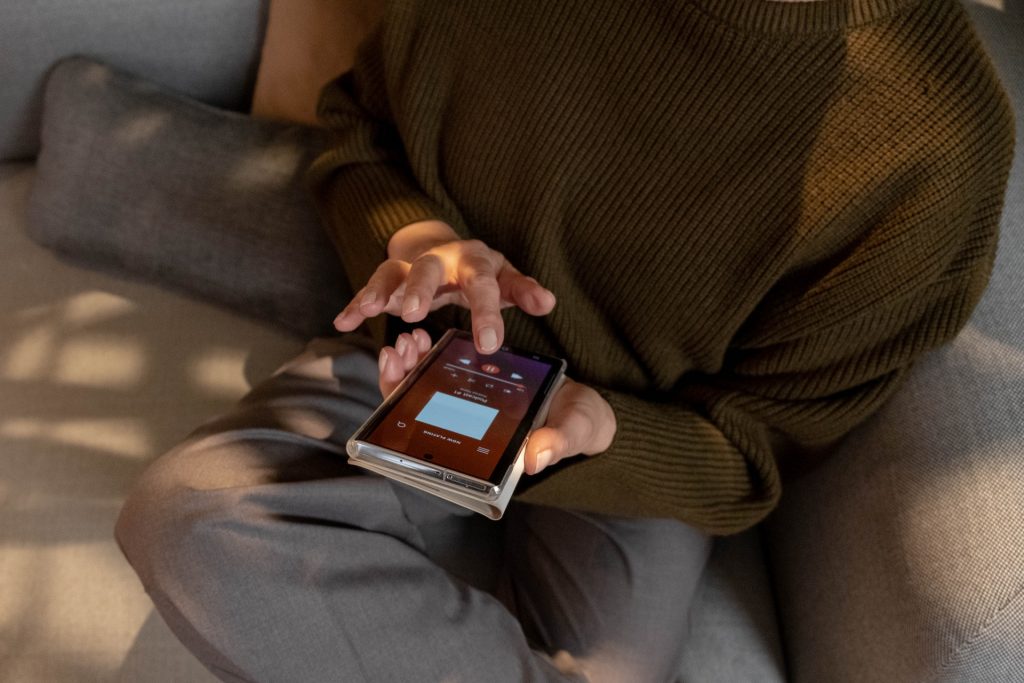 Health Topics Can Be Funny 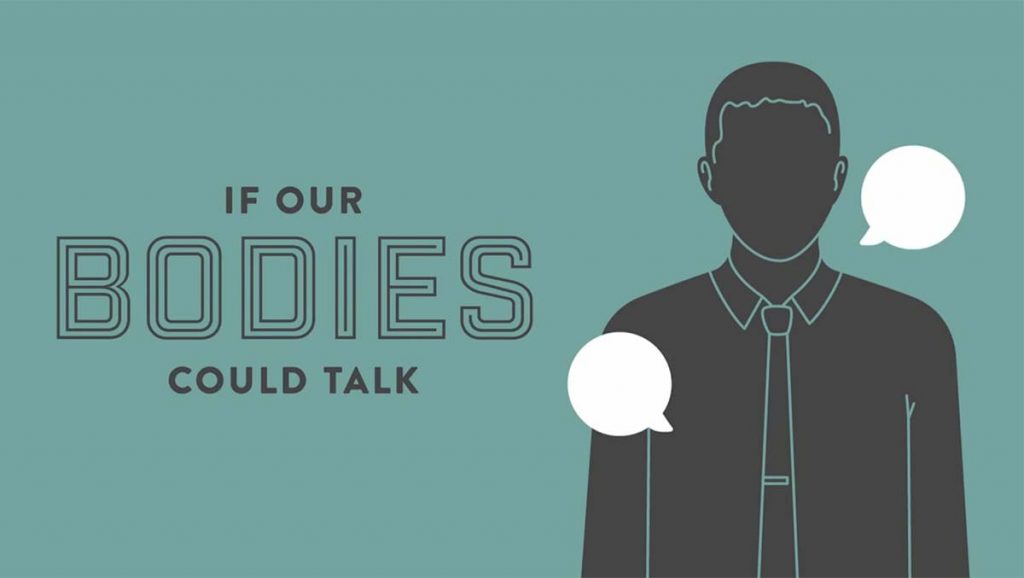